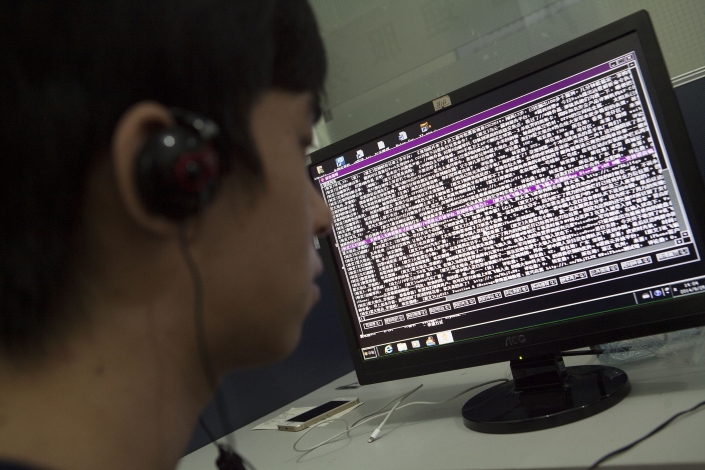 The Ministry of Public Security and the Cyberspace Administration of China (CAC) are seeking public comment on draft regulations that could restrict public vulnerability disclosures, requiring those who seek to expose computer security issues to instead report them to public security bureaus and the country's internet regulator first.

Depending on the scale of the incident, reports must be sent either to the local CAC and the police in a nearby high-level city, or the national CAC and the Ministry of Public Security. In some cases, industry regulators must be notified, and written opinions from the network operator must be obtained. Even after meeting these criteria, a disclosure cannot discuss the data that was stolen, source codes or the creation of computer viruses, tools used to hack or disrupt networks, and various details about any particular network, according to the draft rules.

This marks the first time authorities have sought to limit discussion of Chinese networks’ vulnerability to hacking. Spreading information on cybersecurity threats “must not harm national security and public interest,” the CAC said in its announcement. Disclosures that implicate state secrets and classified networks will be dealt with “according to relevant national regulations,” it said.

China will not arbitrarily adjust economic data from previous years to make it easier to hit its growth targets, a deputy head of the National Bureau of Statistics (NBS) said Wednesday, seeking to squash speculation that officials will use the results of the latest national economic census to boost flagging GDP.

The publication of some of the results of the fourth national economic census Wednesday triggered speculation that the government might use the survey as an opportunity to make upward revisions to historical GDP figures to help achieve those goals, which were set in 2012. The economy expanded 9.3% in 2011 before a revision after the third economic census boosted it to 9.6%. GDP growth is expected to fall to within a whisker of 6% in 2019.

Kissinger says U.S. and China are in the ‘foothills of a Cold War’

Former U.S. Secretary of State Henry Kissinger said the U.S. and China were in the “foothills of a Cold War” and warned that the conflict could be worse than World War I if left to run unconstrained.

“That makes it, in my view, especially important that a period of relative tension be followed by an explicit effort to understand what the political causes are and a commitment by both sides to try to overcome those,” Kissinger told a session of the New Economy Forum. “It is far from being too late for that, because we are still in the foothills of a Cold War.”

Bank of Jilin Co. Ltd., a struggling small lender based in China’s northeastern Jilin province, welcomed its new chairman just one day after the province’s anti-graft watchdog announced that its former chairman had been removed from his posts because of an investigation.

Zhang Baoxiang, a former chairman of the bank, stepped down from his posts this month. Jilin’s provincial graft buster said in a Monday statement that Zhang is suspected of “serious violations of (Communist Party) discipline and law” — a euphemism for corruption. Chen Yulong, president of the bank, officially took over as chairman Tuesday on approval of the local banking regulator, the bank announced.

Opinion: China has much at stake in reforming global trading system

Huawei spokesman Benjamin Howes said that attempts to extradite company CFO Meng Wanzhou, held in Canada on U.S. charges, fail to meet Canada's standard of double criminality, which means that Meng can be extradited to the U.S. for trial only if the alleged behavior is recognized as a crime by both countries, Reuters reported Thursday.

Howes said Canadian sanctions on Iran at the time of Meng’s arrest were not equivalent to the American sanctions, thus falling short of the principal condition to meet the standard, according to Reuters. Meng's lawyers have reportedly filed a court application asking the Canadian government to immediately cease attempts to extradite the Chinese executive to the U.S.

A former researcher at Monsanto Co. was arrested after U.S. prosecutors accused him of stealing software the company developed to help farmers optimize crop output and taking the technology to a new job in China.

Haitao Xiang, who was born in China but lived in the U.S. for years, was taken into custody Sunday at his home in the St. Louis suburb of Chesterfield, federal officials said in a court filing. Xiang, 42, was accused of theft of trade secrets and remains in custody pending a detention hearing Thursday. The government is asking that Xiang be held until his trial because he poses a flight risk, according to Matt Drake, an assistant U.S. Attorney in St. Louis.

On Wednesday, a ceremony was held to celebrate the admission of six cloned dogs into the police force of the Chinese capital, according to the Beijing Daily, a state-run newspaper affiliated to the city’s municipal committee.

The patrolling pooches were created using somatic cells taken from what the police described as “preeminent police dogs.” The project was conducted with the private Beijing-based pet-cloning company Sinogene. The Beijing police will closely monitor the performance of the cloned dogs in preparation for a planned mass cloning of “excellent” police dogs and the establishment of a gene bank, the report said.

Trump says ‘looking’ at exemption for Apple on China tariffs

Trump made the remarks Wednesday alongside Apple CEO Tim Cook at a Flex Inc. facility in Austin, Texas, that is manufacturing Apple’s new Mac Pro desktop computer. Trump repeated previous comments he’s made that it isn’t fair for Apple to be taxed on iPhones built in China, given that South Korean rival Samsung Electronics Co. doesn’t have to pay the China import duties.