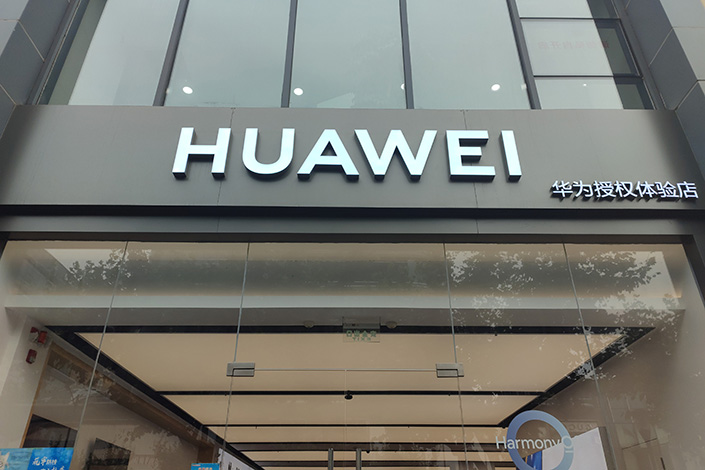 But both internet giants are now fielding a challenge from upstart Huawei, which is refocusing on the growing, lucrative market after its smartphone business was hobbled by U.S. sanctions.

With its sprawling reach, government support and famously gung-ho corporate culture, the tech giant is making a serious run at dethroning Alibaba, though becoming a service-focused company rather than a hardware provider presents its own hurdles.

Chinese drug regulators completed an expert panel review of a Covid-19 mRNA vaccine co-developed by Fosun Pharma with Germany’s BioNTech SE, and now the shot is in the administration review stage, according to Fosun.

The Shanghai pharmaceutical company is sticking with its previously announced plan to start domestic trial production by the end of August, Fosun Chairman Wu Yifang said Wednesday at a shareholders’ meeting.

Chinese authorities plan to use the vaccine, with the brand name Comirnaty, as a booster shot for people who have received inactivated-virus forms of vaccines, people close to regulators told Caixin. The booster shot is likely to be offered free, the person said.

China’s GDP grew 7.9% year-on-year (link in Chinese) in the second quarter this year, falling short of market expectations in a sign that the economy’s strong recovery from the Covid-19 pandemic is moderating, official data showed Thursday.

The figure came in below the median estimate for 8.2% growth (link in Chinese) in a Caixin survey of economists. The rate was also much slower than the 18.3% year-on-year surge in the first quarter of 2021, which had been chiefly due to a low comparison base a year earlier, when vast swathes of the Chinese economy were shut down.

Hong Kong customs broke up a suspected money laundering syndicate involving cryptocurrency for the first time, the authorities said Thursday after arresting four men and shutting down a group that processed illegal funds in the city amounting to HK$1.2 billion ($155 million).

The arrests July 8 in an operation code named “Coin Breaker” and the break-up of the syndicate were part of an investigation that started at the beginning of the year, according to a statement posted on the Hong Kong government website. The probe found the suspects opened accounts at various banks in Hong Kong using shell companies and made transactions through a virtual currency exchange trading platform which was not identified.

Li Guorong, the deputy head of the Sichuan branch of the China Banking and Insurance Regulatory Commission (CBIRC), was put under investigation “on suspicion of serious violation in law and discipline,” China’s top anti-corruption watchdog said Wednesday. No details about the reason for the probe were given.

Opinion: China’s worrying economic signs that only the government has noticed

Medical companies that want to sell stock abroad should work closely with regulators to make sure they’re not crossing any national security lines, a lawyer specializing in the field told Caixin amid a crackdown on cross-border data transfers.

The latest round of cybersecurity reviews into data-rich platforms in different sectors may not only hurt the confidence of medical companies’ investors but also imply regulators’ preference that companies seen as presenting potential national security and biosecurity risks sell shares at home, Zhang Wenbo, a senior lawyer specializing in life science and health care, told Caixin.

Word of the deal came in concurrent announcements after markets closed Wednesday from Shandong Iron and Steel, as well as Shandong Jinling Mining Co. Ltd. and Zhongtai Securities Co. Ltd. They said the Shandong branch of the State-owned Assets Supervision and Administration Commission (SASAC), owner of most of China’s largest state-owned assets, was preparing such a deal as part of a strategic reorganization for the leading Shandong steelmaker.

Express delivery giant SF Holding Co. Ltd. got back in the black in the second quarter by improving efficiency in its main business, though some of the period’s increase came from one-time gains.

SF Holding reported an estimated net profit of 1.6 billion yuan ($252.2 billion) to 1.8 billion yuan in net profit attributable to shareholders in the last three months, reversing the first quarter’s net loss of 989 million yuan, its largest since going public, according to its half-year earnings forecast (link in Chinese) released Wednesday.

The eastern Chinese city of Hangzhou is set to implant GPS chips in zoo animals after three leopards escaped from a local safari park in April, according to a draft regulation.

The Hangzhou Forestry and Water Resources Bureau introduced the regulation (link in Chinese) Tuesday, aiming to strengthen management of the city’s wildlife, including implanting location-tracking chips in animals and adopting stricter safety controls at zoos.