CX Daily: What to Know About the Rise of China's Joint-Lending Market 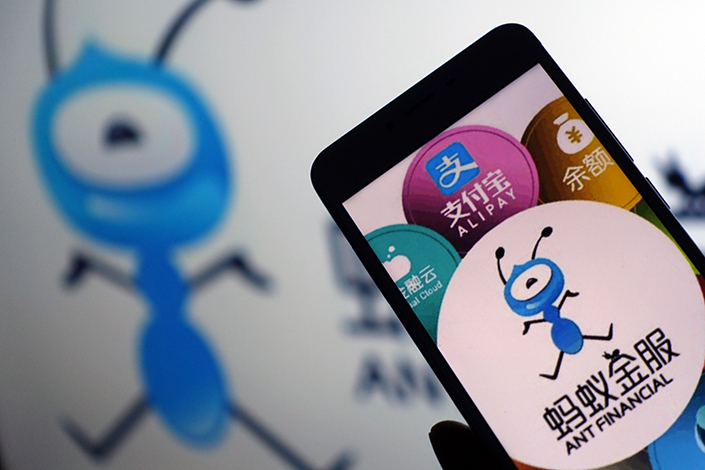 The rise of China's joint-lending market

Fintech companies’ massive client base has attracted many small and medium-sized banks, as well as trust companies, to seek lending partnerships. Internet companies repackage funds provided by banks often into higher-interest consumer loans and sometimes put their own money into the pool, making some products similar to syndicated loans.

The lending market backed by such partnerships has surged to 2 trillion yuan ($283 billion), we've learned from regulatory sources. Hundreds of banks and other financial institutions have joined the game, including Ant Financial Services Group, Tencent-backed online bank WeBank and Pingan Easy Money, a unit of China’s largest insurer, Ping An Insurance.

As banks scramble to find high-quality investments amid slowing economic growth, such business is attractive as it creates “astonishing returns with very low bad-loan ratios,” a bank manager said. That is, if you discount the potential risks and lack of oversight.

Beijing passed a new cryptography law, state news agency Xinhua reported Saturday, ahead of the proposed launch of what could become one of the world’s first government-backed nationwide digital currencies.

Due to take effect Jan. 1, the law aims to “promote the development of the cryptography industry, guarantee internet and information security, (and) protect national security and social and public interests,” according to Xinhua. The Chinese state will “encourage and support” research and scientific and technological applications to foster progress and innovation in cryptography, the report said.

The company created to take over scandal-plagued Anbang Insurance Group Co. Ltd. continued to dispose of Anbang assets with the sale of 14.7 billion yuan ($2.1 billion) of its stake in a major Chinese bank.

Over the past two months, Dajia Insurance Group has sold off Anbang Property & Casualty Insurance Co. Ltd.’s entire stake in Shanghai- and Hong Kong-listed China Merchants Bank Co. Ltd., according to a statement the bank released Friday. Based on the bank’s average Shanghai share price from Aug. 28 to Friday — 35.3 yuan — the Anbang subsidiary’s 1.65% stake would be worth 14.7 billion yuan. Dajia retains control of several other Anbang units.

China’s hog production could bottom out by the end of this year and is expected to return to normal next year, a senior official at the Ministry of Agriculture and Rural Affairs said Friday.

As of the end of September, pig herds in 12 provinces either increased or held stable compared with the previous month, indicating hog production may be entering a recovery phrase from the devastating African swine flu epidemic, Wei Baigang, director of the Agriculture Ministry’s Planning Department, said Friday at a press conference. However, data across 400 counties show September pig herds declined 3% month-on-month and 41.1% YOY.

Top economists call for alternative path out of trade war

In a joint statement issued Sunday in China, 37 economists — including Joseph Stiglitz, Michael Spence and three other Nobel winners — bemoaned what they said has been a descent of the trade conflict into a binary debate where the only emerging solutions are either wholesale economic reforms by China leading to a converging of economic models or an economically damaging “decoupling.”

The group argued a more sensible framework for future trade relations would give China room to pursue industrial policies that are often a target of criticism from the U.S., while also allowing the U.S. latitude to respond with targeted tariffs if China’s policies were damaging its interests.

Opinion: Economy will decide if Trump wins in 2020

Corn and steel giant defaults on $467 million in debt

WeWork is putting on a brave face in China as the embattled shared office company tries to convince clients its bailout woes and massive devaluation won’t affect its interests in the country.

After the Financial Times reported that WeWork was planning to sack as much as 30% of its global workforce as part of an aggressive turnaround plan that included building closures in China, WeWork said today it planned to open seven new locations in the Greater Bay Area, China’s burgeoning southern hub, in Q4.

Britain's Johnson stays the course on Huawei, Portugal signs on

British Prime Minister Boris Johnson is moving to allow Huawei Technologies, whose 5G equipment has been banned in the U.S. and Australia, into the U.K.’s 5G network, following a policy promoted by his predecessor Theresa May, U.K.-based newspaper The Sunday Times reported.

Citing senior government and security officials, the newspaper said China’s telecom giant will be allowed to access “noncontentious” parts of the network. The move comes as Portuguese telecom operator NOS announced last week it is piloting a 5G network in the country’s coastal city of Matosinhos in partnership with Huawei, according to an official statement.

China’s big cities get cleaner air, but at what cost?